Get a quote
Category: Rod Seals

Cap seals are predominantly used as rod seals, in the case of reciprocating motions, for sealing liquid and gaseous media. They are suitable for operating pressures up to 16 bar. Former predominantly radial oil seals in accordance with German standard DIN 3760 and additional support rings were used for such sealing functions. In comparison with this type of seal, QHW type cap seals provide considerable advantages:

In principle, installation of these cap seals is the same as that of radial oil seals, however, the angular metallic support element is nearer the rod and the sealing lip is considerably stronger.  In order to avoid extreme deformation under the effect of the medium pressure, the sealing lip has been kept shorter.

33 and 34). Merely their fixture and type of attachment are different from those of normal cap seals. 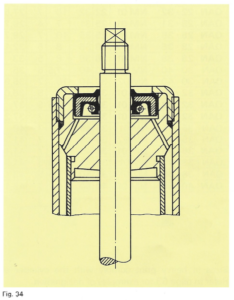 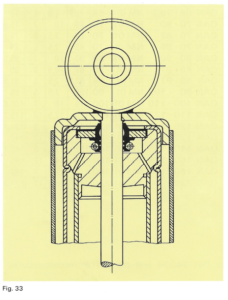 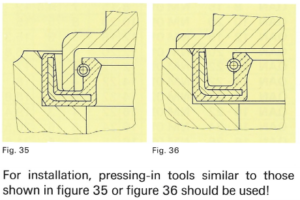