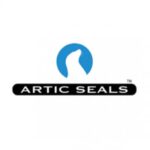 The RBR Rod seal, working as buffer ring, has been specially designed to work as the main seal in conjunction with asymmetrical lip seals. Its function is to maintain working pressure for the second seal. It does not provide full sealing effect so an oil space will thus form between the two seals. Thanks to the special profile of the RBR ring, the growing pressure in the space will be released into the cylinder once a certain value is attained. It works as a valve. It is also designed to compensate for pressure peaks.

The material we propose is a C0 -type polyurethane at 93 Sh A, with good resistance to abrasion, excellent compression-set and high modulus of elasticity, a fundamental feature of a seal. For the anti-extrusion ring we propose a polyacetalic resin ( R0 ) with high tensile strength. Compound reference: CR

The assembly is done in closed groove. The polyurethane seal must therefore be fitted before the anti-extrusion ring.